Upon completion of the farm-in agreement, Origin and Sasol will each hold a 35 per cent interest in the three permits and Falcon will hold a 30 per cent interest. Located about 500 kilometres south-east of Darwin, the permits cover an area of more than 18,500 km2 within the Beetaloo Basin, which is highly prospective for shale gas and associated liquids.

Upon completion of the farm-in agreement, Origin will pay Falcon approximately $11 million. Origin will then assume operatorship of the permits and progressively contribute $32 million during three years to fund its share of exploration (Stage 1).

Origin and Sasol each hold an option to participate in two additional work programs, Stage 2 and Stage 3, which, if they proceed, are forecast for calendar years 2017 and 2018. Origin's contributions to Stage 2 and Stage 3 are currently estimated to be $25 million and $24 million respectively.

The signing of this farm-in agreement is consistent with our objective to find new sources of energy. Upon success, these resources could then be monetised by connecting them with domestic and international markets, Mr Zealand said.

The agreement is subject to certain conditions precedent including regulatory and other relevant consents and approvals. Origin will acquire and fund Sasol's farm-in interest if the latter does not obtain a required regulatory approval. 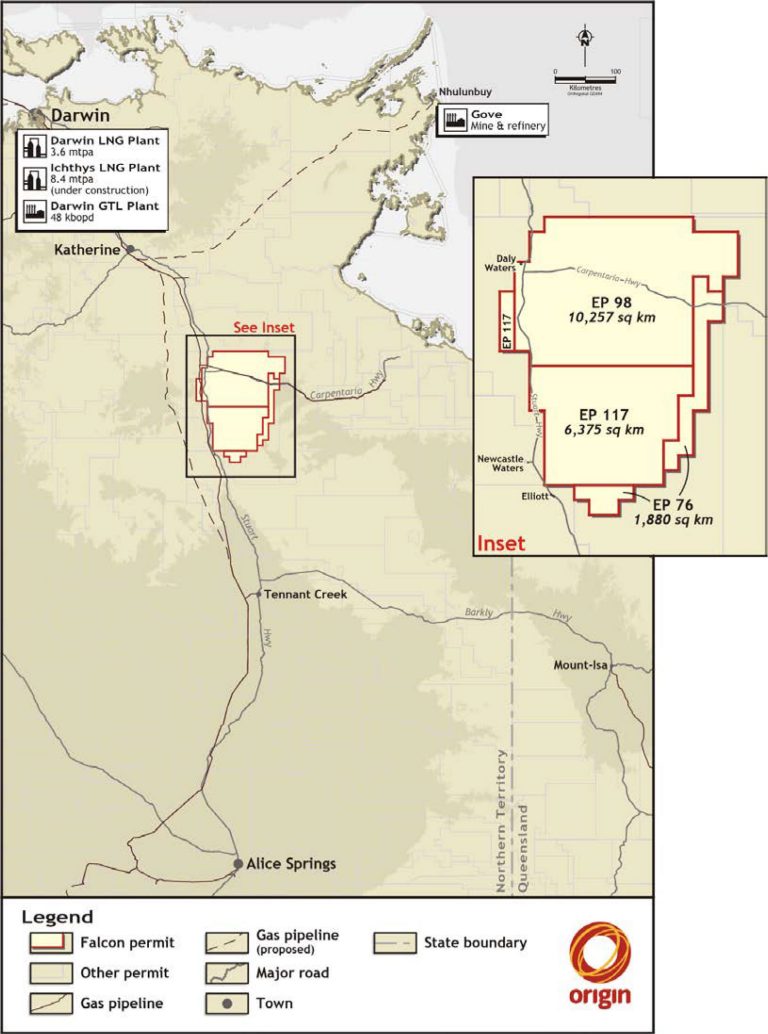 Origin Energy Limited (Origin) is progressing plans for a battery at Eraring Power Station in NSW, with an overall capacity of up to 700 MW and a dispatch duration of 4 hours, making it the largest battery project currently under consideration in Australia.